After reporting a $14 million investment in 2022 towards new and modern fleet equipment, Followmont Transport accepted delivery of nine new prime movers over nine days in the lead up to Christmas.

Further to this, the Queensland freight carrier expects to outlay an additional $15 million on fleet growth in 2023.

The K220 incorporates some of the industry’s latest technology with an Eaton Endurant 18-speed automated transmission and latest generation Integrated Safety Systems, along with an improved style and driver comfort.

Followmont’s two new T909s will sit beside another two units bought back in 2017, which Managing Director, Mark Tobin, said have proven to be workhorses in the fleet.

“Five years on and 1.3 million km later, the T909s have been a serious part of our fleet and we didn’t hesitate to add more to the line-up,” he said.

“Not only are they a workhorse, but they look immaculate, and our drivers love getting them on the road.” 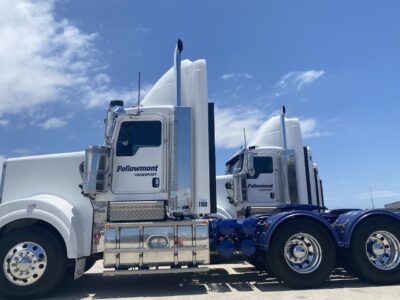 The vehicles house a 540hp engine and come equipped with their full safety package including emergency braking and driver alert systems. 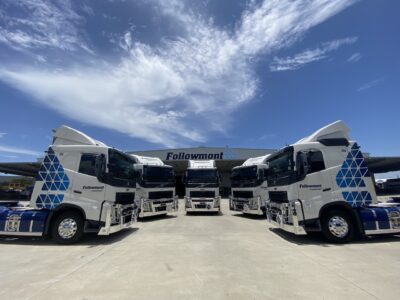 Followmont took delivery of four FH540s earlier in 2022, which Tobin said led to the new additions.

Tobin said he has been very impressed with their versatility in a range of different applications.

“The truck itself is the pick of the bunch, they’ve put so much thought into the design and reducing day-to-day costs,” he said.

“We’ve been impressed with how they have performed so far and will see more of these as part of our fleet moving forward.” 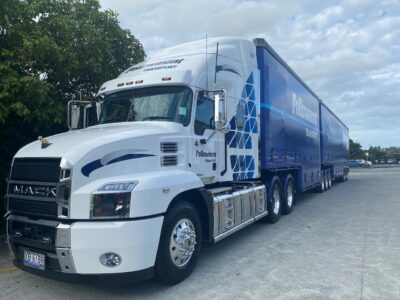 Aside from the nine prime movers, Followmont also purchased a gold UD, dedicated to the Followmont family.

“This truck is a testament to our people and their commitment. I couldn’t be prouder of all we have achieved together in the last 12 months,” Tobin said. 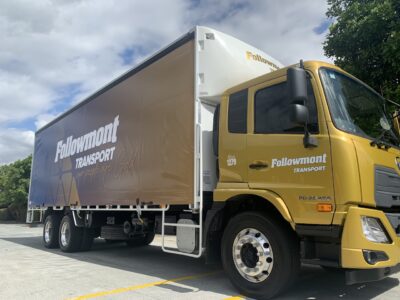 “[It’s] our dedication to service and providing a hands-on relationship with our customers, our people, and our suppliers.

“We’ve got plenty more planned for 2023 and are increasing our investment in fleet to $15 million.

“We’re excited about what the future holds.”

Move over rule changes would protect all highway users